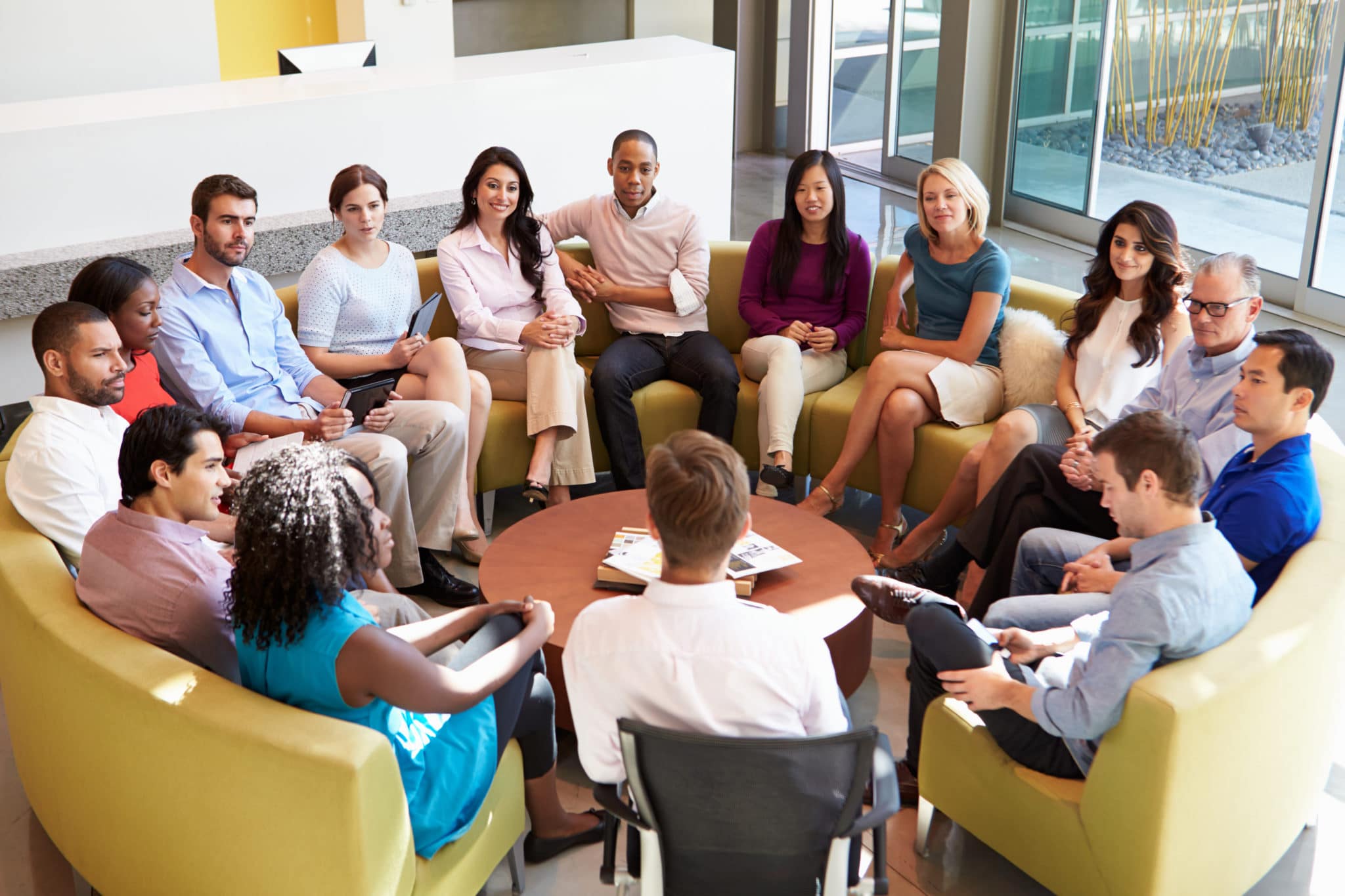 Managing large project teams takes an understanding of how and why teams work. It means realizing that a team is successful when its members work together as a unit to complete the assigned project. At the same time, the individuals who make up the team must be encouraged to give of their best.

A reason that team management can be challenging is that workers grow up in an environment in which, as students, they are taught to perform individually and are rewarded for doing so. They take that approach with them to the workplace where they continue to do their best to perform as individuals. To encourage them to work as members of a joint project, therefore, can appear daunting because it runs counter to the way in which they have been encouraged to work.

But it does not have to be intimidating. Check out these approaches to project management that you, as a team manager, can employ to turn an ineffective team into one that produces significant achievements for the entire group. Team building will be most effective when you are able to take all of these steps, which link in with one another.

• Understand your role as team manager

To be an effective leader of project teams, your primary goal must be to build trust among people in your project team so that they work effectively together. You need to motivate the team members to accomplish the goals of the team. Do not approach your task as that of a disciplinarian or a teacher. You are rather a catalyst. Your job is to ensure that the team is successful in working together and completing the project assigned to them. The focus should be on the team and its ability to work together, not on you as the leader.

Of course you need to ensure that the project is completed on time and on budget. But you need to accomplish that by providing the right environment for your team members, giving them the right tools to do the job and allowing them to complete their tasks unhindered by obstacles of any sort.

You should encourage members in project teams to accept each other as equal contributors. If you do so, each member will avoid looking at their co-workers as good or bad people. Instead they will focus on each of the others as performing a certain job within the team. If the team objectives are not being met, they will then be inclined to look at correcting or changing the ways in which the project is working rather than on fault finding and blaming others for not pulling their weight in the team.
Encourage each team member to learn about the beliefs and values of the others with whom they are working so that they view them as individuals with their own principles and standards. They do not necessarily have to love their fellow workers, but they should accept them as they are.

An additional way to foster this approach is for you, as the leader, to strive to do all you can to view team members as valued equal individuals. For example, you should never criticize any team member in front of the other team members. Doing so will cause friction within the team and give members of the team a reason not to work with the one you have criticized. Should you feel you have to speak to someone creating a problem do so away from the rest of the team.

Consider ways in which you can change negative behavior that is unproductive into a positive approach. Encourage each member to participate in the team by building up their self-confidence so they feel they are valued and needed workers. You want them to be proud of being selected as members of the team who will work with others on a common purpose.
Remember that praise, where appropriate, is a much stronger motivating factor than criticism. Workers who are told they are doing a good job will want to continue doing so. They will not want to let you down.

• Enable each member to make an impact on the project

A major problem with large teams is that the contributions of individual members are forgotten and only the team achievements are recognized and rewarded. Some team members might feel they have done more work than others on the team, yet those who did less work receive the same reward as they do.

Find ways, therefore, to recognize and support members for their individual efforts whenever you can. Each team and each project is different, so your challenge as a team leader is to show individual members that they do not have to give up their creative skills or their desire to achieve when they join a team.

It’s a fine line, however. Avoid giving the impression that certain members are favored above others, so find a way to reward members for the tasks that only they have done wherever possible.
It is also a good idea to involve the team members where appropriate in the planning of projects. If people feel they are part of the planning they will be more motivated to make it work.

• Use your leadership skills to guide the process

View yourself as the conductor of an orchestra. Each team member has a special role to play. Some play the violin, others the oboe, and others the trumpet. The role of the conductor is to make sure they all play their notes at the right time and they start and end a piece at the same time. In the same way, you should ensure that the team is working toward the same common purpose. Should there be a reason to change the purpose, you should identify those changes and discuss them with team members before they continue their work.

You should welcome allowing team members to examine what has gone wrong and suggest changes, but you need to ensure that you know of the changes and particularly that you know how they will affect other members so that you guide the whole team accordingly.

You should also strive to manage carefully and behind the scenes where possible so that you do not appear to be a dictator who suddenly changes a project and disrupts members’ work without reason.

Some of the greatest problems arise in project management when there is too little meaningful communication between you and your team members. It is essential that you tell each team unit what is going on as often as possible. It is better to risk saying too much than saying too little. Nothing can disrupt a team more than when some team members are going this way and others are going that way or one unit is doing this and another that without anyone telling them why it is happening.

It is also important that effective communication take place among the members themselves. They should be encouraged to tell others what they are doing and why they are doing it so there is no confusion.

Hold meetings on a regular basis, such as weekly or monthly, or whenever you feel a need to keep members apprised of what is happening or when planning for the future. At the meetings, allow members to speak out on any issues that are disturbing them and address them immediately. But the most important aspect of a meeting is to ensure that those in attendance understand not only what was addressed at the meeting, but exactly what was meant and, above all, what they are expected to do about it. You should avoid delaying matters to a later meeting and concentrate on making decisions at the meeting on who will do what, when and why. Assign someone to take minutes so that those responsible are held accountable for what they need to do and there is no confusion at all. Distribute the minutes in advance of the next meeting to give members a chance to complete any tasks assigned to them.

• Deal with conflicts in the open

Conflict is all but inevitable in teams, particularly in large teams. The more members, the greater the chance of conflict. As leader, you should develop a process that recognizes conflicts when they occur and that brings them into the open. Avoid allowing a conflict to simmer in the hopes it might eventually resolve itself. In doing so you run the risk of setting up barriers. You will find yourself having to deal with rival groups, each of which has its own goals. Instead identify the cause of the conflict and find a way of solving it that can be supported by all team members.

Your goal should also be to let conflict provide an opportunity for team members to be creative. Perhaps a third way that is not proposed by either side in the conflict will be a solution and, at the same time, will move the whole project forward.