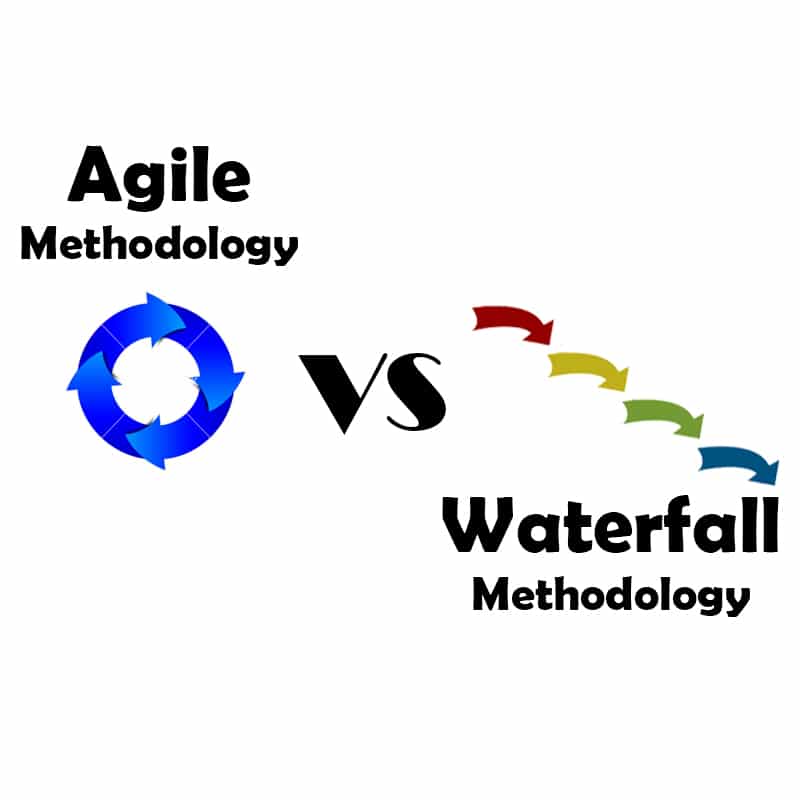 Agile Methodology vs Waterfall Methodology: Which is better for your Project?

The popularity of standard waterfall techniques for creating applications is swiftly decreasing as newer Agile strategies are progressively implemented. So just exactly what are these techniques, and which is superior?

The waterfall method has each stage in a manufactured product’s life span occurring chronologically, so that development streams progressively down through each stage similar to a waterfall. The waterfall technique was passed down to business software programmers from other sectors where, after a specific stage of development was finished, it would have been very expensive or unrealistic to turn around and change things. The waterfall method was only systematized once people awakened to the fact that there were other viable project management techniques.

A number of popular waterfall techniques are utilized on IT jobs, which includes the UK-based PRINCE2 and PMI PMP, which carries more worldwide recognition. Generally speaking, these techniques have phases that cover what steps to take before beginning a job, during the starting stage, the planning stage, the implementation stage, and the finishing stage. They also include a sequence of procedures for handling job packages, exclusions, reports, hazards, and other problems.

Advantages of the Waterfall Process

Downsides of the Waterfall Process

Agile program development techniques (like Scrum) are those that do away with a straightforward, chronological strategy and replace it with a step-by-step, repetitive one. Rather than including large amounts of planning and designing ahead of time, Agile methods provide room for shifting needs over a period of time through the use of interlocked teams (made up of planners, developers, programmers, and testers) that work together on consecutive repetitions of a product over predetermined cycles of time (or time boxes). As it’s completed, work is listed in a stockpile that is categorized by its specific level of priority according to its user worth.

These cross-functioning teams are self-structuring and typically include a representative of the business (the product owner). The focus of the technique is on effective interpersonal communications and brief feedback cycles. The target of every successive repetition is to generate an operational product that is ready for demonstration to potential investors. Feedback is then provided for integration into upcoming repetitions.

Agile developed from a variety of open software techniques that gained ground during the ’90s as alternatives to more complex, rule-based techniques such as waterfall. The Agile Manifesto for Software Development, which was composed in 2001, is a testament to how much focus Agile puts on value.

Advantages of the Agile Process

Downsides of the Agile Process

When Agile is Superior to Waterfall

Many cutting-edge businesses today are major supporters of Agile software strategies, and that’s understandable. The fact is that technologies, companies, and market segments are constantly in flux today, and as a result software design has to be flexible first and foremost. Agile techniques are more adaptable than waterfall techniques, meaning that clients’ needs are more inclined to be fulfilled. Even during periods of change, the continuous emphasis on value ensures that whatever has already been provided should have at least been worth it. Plus, the flow that an Agile method like Scrum generates boosts the development of driven, enthusiastic teams in which output improves with time.

When Waterfall is Superior to Agile

There are still situations in which a waterfall approach can be more beneficial – for instance, simple projects where necessities never change and there is almost no ambiguity – although these situations are steadily becoming harder to find. Additionally, if a company and the employees working on the assignment are not developed enough for an Agile method, it may be better to employ conventional project control strategies.